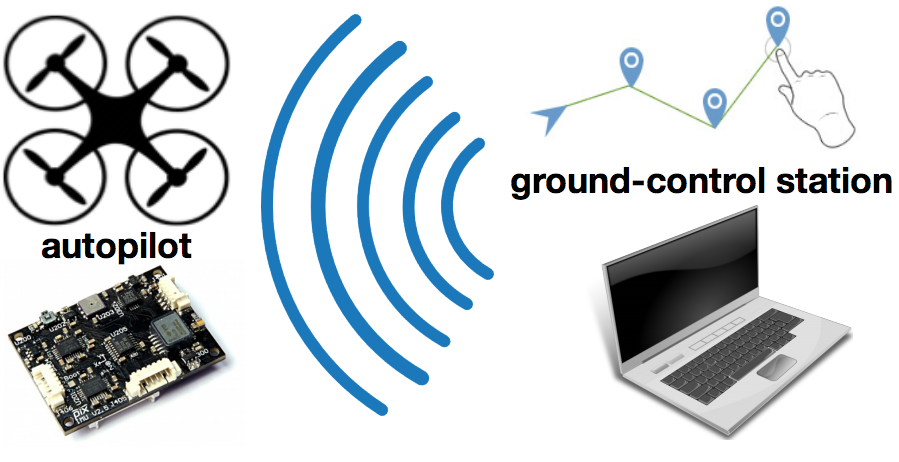 Aerial drones, ground robots, and aquatic rovers enable mobile applications that no other technology can realize with comparable flexibility and costs. In existing platforms, the low-level control enabling a drone's autonomous movement is currently realized in a time-triggered fashion, which simplifies implementations. In contrast, this work conceives a notion of reactive control that supersedes the time-triggered approach by leveraging the characteristics of existing control logic and of the hardware it runs on. Using reactive control, control decisions are taken only upon recognizing the need to, based on observed changes in the navigation sensors. As a result, the rate of execution dynamically adapts to the circumstances. Compared to time-triggered control, this allows us to: i) attain more timely control decisions, ii) improve hardware utilization, iii) lessen the need to over-provision control rates. Based on 260+ hours of real-world experiments using three aerial drones, three different control logic, and three hardware platforms, this work demonstrates, for example, up to 41% improvements in control accuracy and up to 22% improvements in flight time.

This is Your President Speaking: Spoofing Alerts in 4G LTE Networks (MobiSys'19)